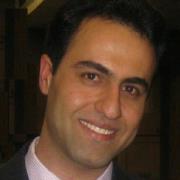 Reza is an assistant professor in the Electrical and Computer Engineering and Computer Science Department, at Florida Atlantic University. He is also cross-appointed with I-SENSE as a fellow researcher. Prior to joining FAU, he was with Rochester Institute of Technology as an assistant professor and founding director of applied cryptography and information security lab. Prior to joining RIT, he was an NSERC post-doc research fellow at the Center for Applied Cryptographic Research (CACR), Department of Combinatorics and Optimization, University of Waterloo. He received his Ph.D. in Electrical and Computer Engineering from Western University. Reza is also serving as an Associate Editor of IEEE Transactions on Circuits and Systems (TCAS-I).

A case study which explores aspects of how to use the main ...